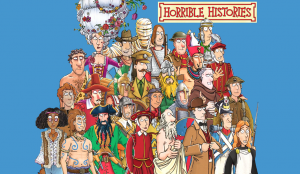 If you have spoken to anyone about superannuation one of the things that will always be discussed is fees. Over the last twenty years, there has been such a focus on super fees and what is being charged in your super.

There has been a lot of good from this – fees have come down dramatically over the last 20 years. However, we are now at a point where we have to change the discussions from fees (i.e. the costs) to benefits (i.e. returns and service).

What I want is give you a Horrible Histories lesson on Super Fees. For those of you who were deprived as a child, Horrible Histories is a TV and series of books explaining to kids important parts of history, such as the Groovy Greeks, Rotten Romans, Vile Vikings and Awful Egyptians. Unfortunately, there won’t be as many swords and dragons in this version of Horrible Histories. Regardless, we hope it gives you an understanding of the history of fees in super and why we don’t spend a lot of time focusing on fees anymore.

In the beginning (around 1992), King Keating (Prime Minister Paul Keating for those who are seeking a more serious rendition of history) noticed a problem. He noticed that there was not enough gold in the dungeons to pay all of the people once they retire.

Therefore he summoned his wise men and came up with a cunning plan. He ruled that the people should fund their retirement themselves, not the government. Therefore, he passed into law that every boss in their land should set aside up to 3% of the people’s pay for their retirement (in 2018 it is now 9.5%). They thought it was a super plan and thus they named this retirement plan “super”.

The boss’s asked King Keating, where should they put the money set aside for “super”? King Keating declared that the banks would do. They store money so they can lend it to others to buy their houses, so they will know how to best look after the people.

The banks saw this as an opportunity to make more money so their CEOs could build even bigger mansions. Therefore, the Bloody Banks charged very high fees to manage the people’s super, which enabled their CEOs to install pools and tennis courts for their expanding McMansions.

For every $100,000 the people held in super, the banks were making $3,000 to manage the people’s money. The people didn’t seem too concerned about this in 1992 where they were getting over 10% (after fees) to put the money into cash. However, while interest rates on cash continued to reduce over time, the bank fees were not reducing.

The people started to become angry. They wanted a better deal.

The People Needed A Hero…

They started telling the people that the ‘Bastard Banks’ were ripping them off. They said they would run the peoples money for much less than what the Bastard Banks were charging because the CEOs of Industry Super Funds don’t need fancy cars and Jetskis. They said for every $100,000 the people held in super; they would only charge $1,000.

Then All Of A Sudden…

Then the Global Financial Crisis came along.

Most of the people lost money. The people got very angry and demanded action.

The Bastard Banks did take action (with a little convincing from the various Kings during that time).

They fired their CEOs who retreated to their McMansions (poor things).

They reduced their fees to the same level as the Industry Super Funds.

And they became known as Beautiful Banks for the rest of their days (at least according to the banks).

The Banks are happy (well except for the former CEOs who had to sell their private jet plane). They still look after the people’s money and mortgages, AND they can look after their super as well.

The Industry Funds are not as happy. They kept telling the people that they should move their money to Industry Super Funds because they are cheaper.

There is just one problem – it isn’t true anymore.

So if fees and returns are the same, what should we be focusing on.

One would argue service, and I do believe the banks have a significant advantage in this area. The banks have more branches, better technology and are more willing to work with financial planners than industry super funds.*

But I have never recommended moving your funds from an Industry Super Fund to another fund based purely on service. That is bad advice.

Ultimately, there is only one question I would ask as to whether to keep or move your existing fund or not.

“Are you happy with your current super fund?”

If you are happy with the service and the fees are reasonable (between 0.6% and 1%) then keep it. If you are not happy, change it.

Don’t focus on the fees, because they are all very similar these days (please speak to a financial planner to confirm this).

Those who focus solely on fees are losing sight of the benefits.

Those who focus solely on fees never become wealthy. They are the ones who spend more time looking at the spots on the windscreen than the road.

Focus on what you can control.

Focus on your income and making more contributions to super.

Focus on the investments within your super.

Focus on your Plan B.

And above all else, focus on getting the right people around you who can give you the best advice based on your circumstances.

And spend time watching Horrible Histories with your kids as well – it is highly likely to be more entertaining than what is on TV at the moment!

If this is a topic that you would like to discuss in more detail, please go to www.MasterYourMoneyNow.com.au/getstarted to book in your complimentary 30 minute strategy session.