Posted at 19:19h in Investing, The World Around Us by Chris Carlin 0 Comments
0 Likes
Share

For those who were glued to the TV on Saturday night watching the election coverage, it had more drama and excitement than the final instalment of Game of Thrones! 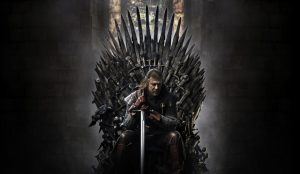 But now that the Liberal National coalition has been restored for another term, what does this mean for your continuing financial journey?

You’ll no doubt remember that the ALP had some fairly controversial proposals they took to the election which would have had significant implications for the wealth creation and retirement aspirations of many people.

Do we simply breathe a sigh of relief for the next three years or, knowing where the ALP wants to go, do we need to give some further though to broadening our thinking and diversifying our wealth creation options to cater for what might come down the line?

As a brief reminder, Labor had proposed that, if elected, they would introduce legislation to

With the re-election of the LNP, it’s business as usual for technical strategy, at least for the next term. However, front of mind during your review meetings with our team will be discussion around the economy and capital market assumptions for the near term, the fiscal and monetary policy levers that the Reserve Bank will seek to move to support business activity, wages growth and employment and what that means for the risk adjusted allocation of your invested capital to best meet your needs and objectives going forward.

We don’t know at the moment whether the ALP will seek to soften some of its policy stances but it does mean we will be working diligently with you to utilize the opportunities currently available to meet your wealth creation and retirement income needs such that any legislative or regulatory uncertainty we may face later can be managed to achieve the best outcome for our clients.

We certainly welcome the renewed sense of certainty and positive sentiment, but we will also be working hard to ensure you are not disadvantaged.

Please contact our office directly with any questions regarding the above.

This article was written by Craig Meldrum, Technical Services Manager at Infocus. Republished with permission.