Why Smart People Are Dumb Investors

Posted at 09:09h in Mindset, The World Around Us by Chris Carlin 0 Comments
0 Likes
Share 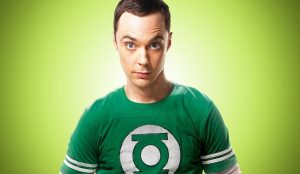 I used to be a member of MENSA. I don’t say this to brag (as you will see from this article I don’t think it is anything to brag about) but to point out that I am qualified to talk about this topic both from a financial planning and ‘smart person’ perspective.

If you haven’t heard of MENSA, it is a club for those with IQs of 130 and above, which equates to about 2% of the population. It is a club where the Sheldon Coopers of this world get together and share ideas – supposedly.

In my experience, being a member of MENSA is nothing short of an ego boost (which admittedly that was why I joined)! But once the ego boost wore off and reality dawned on me, I cancelled my membership.

There were a few observations that I made from my time at MENSA. Firstly that the definition of smart is dependent upon the situation or context you are in.

The issue I have with the term ‘smart’ both from a schooling and MENSA perspective is that it is based upon what I refer to as ‘academic’ skills. For example how good is your grammar or what is your ability to calculate 25 multiplied by 25 in your head?

The reality is you need to have much more than ‘academic’ skills to be successful at life. What is the point of a high IQ when you have a low EQ (EQ stands for emotional intelligence)?

Going back to the Sheldon Cooper example again, while he may be a genius at astrophysics, he is completely clueless when it comes to a social situation.

But what about building wealth? Is there a link between IQ and the size of your bank account? Well, this depends on how you look at the data.

There has been repeated studies that shows a link between IQ and Income (Active Income).

A recent study by Jay Zargorsky of Ohio State University found a strong correlation between IQ and salary, concluding that every additional point on an IQ test meant you would earn an extra $US to $US600 per annum.

Why is that so?

Simply because building wealth has more to do with your EQ than your IQ. Mastering your money is 10% knowledge and 90% mastering your emotions.

Doesn’t seem right? To elaborate on what I mean by this, let us have a look at the case of Isaac Newton.

Isaac Newton is a familiar household name. He was the guy who had an apple dropped on his head and as a result came up with the concept of gravity. Very smart guy! Isn’t it?

Isaac was also a very wealthy man until he made a very bad financial decision that defied logic that cost him his fortune.

If you have been around investments for a while, you may have heard this phrase called a bubble. It is where an asset price rise (usually a share) at a much higher than expected and then comes crashing down i.e. the bubble bursts.

Examples of a bubble include the Global Financial Crisis, Dot Com Boom and Bust, 1989 Stock Market Crash and the Tulip Bubble of 1637, the first ever investment bubble.

In modern times we may be experiencing this via the Bitcoin boom and subsequent bust. Only history will tell.

But another bubble that did occur was in 1720. In 1711 a publically listed company called South Sea Company which officially operated trade between the UK and South American colonies, but it also dealt in complex financial markets (sound familiar?).

These rumours were later proven to be fraudulent as they were spread by company directors and insiders, especially politicians.

Between January and July 1720 investors were buying as many shares as they could, including using debt or margin loans to buy shares, which kept pushing the prices up. Again sound familiar?

By September 1720, the price of the South Sea Company has collapsed to below £150. This sent many investors bankrupt and sent the UK economy into a recession.

So how did Isaac Newton, the founder of gravity and arguably the smartest person in the world, fare with this stock? There are a few different versions of the story but ultimately they all follow a similar theme.

Isaac Newton had brought shares prior to 1720 and purchased these shares at a cost around £100. In early 1720 (as the prices were going up) he sold his holding for 100% more than what he purchased them for £200.

Unfortunately for Isaac the price of South Sea Company kept skyrocketing and he saw his friends making a fortune.

He then PURCHASES the same shares he sold only three months ago for approximately £800 around May 1720. He is then happy as his shares increased to over £1,000.

So why did Sir Isaac Newton make such a dumb investment decision? Simply he let his emotions get in the way of logic. He saw his friends getting rich and wanted to be a part of it.

If Isaac was a 21st Gen Y hipster we would say he suffered from FOMO (the fear of missing out).

He was quoted as saying “I could calculate the motions of the heavenly bodies, but not the madness of the people.”

Smart people do not always make good investment decisions. Even the best of us can get caught up in the hype of investment markets.

If this is a topic that you would like to discuss in more detail, please go to www.MasterYourMoneyNow.com.au/getstarted to book in your complimentary 30 minute strategy session.