You Are Not Entitled To An Age Pension

10 Jul You Are Not Entitled To An Age Pension

Baby boomers, this one is for you! 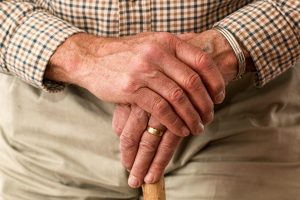 I’ve been in financial planning for over seven years. I’ve helped hundreds of your fellow baby boomers make the transition from full-time employment into retirement. Overall, I’ve thoroughly enjoyed working with you. You are open to learning, appreciate my efforts, and generally have a good sense of humour (being close to retirement enables you to see the funny things in life again!).

But there is one shift that all baby boomers and subsequent generations need to make. This change is based on a comment I’ve heard from virtually all my clients over the age of 60. It’s one particular mindset dating all the way back to their childhood that holds them back even as the world has changed.

Baby boomers, you are not entitled to an aged pension, even though you believe you are.

Does this sound familiar? “But I’ve worked hard for the last 40 years and paid taxes during that time! I lived through the Vietnam War, 18 percent interest rates in the 90s, and dealing with all the robots taking our jobs! I’m entitled to my aged pension!”

An aged pension is a welfare payment, designed for those who have been less fortunate in life to give them stability and the opportunity to catch up financially. It is not intended to replace proper financial planning, saving for retirement and hard work. Saying you are entitled to an aged pension is as logical as an 18-year-old saying they’ve studied hard for the last 13 years and should be entitled to new start allowance—it just doesn’t make sense!

So, why do baby boomers think this way?

It’s actually quite simple. When you look back to the 70s, when the baby boomers were just entering the workforce (and their parents were telling them to stop mucking around, start saving and stop eating smashed avocado), they saw their parents enter into retirement fully funded by the company where they worked (the proverbial gold watch) for 40 years via an aged pension. The younger generation figured what would work for their parents would work for them as well.

Unfortunately, the last 40 years has brought significant change to the world, and some baby boomers are still struggling to adapt. We live in a world that is much more fast-paced and mobile. Jobs can be outsourced to other countries for a fraction of the salary that you were getting paid. The primary trait to a guaranteed successful career—loyalty—has been replaced by an ever-evolving world of weird jobs. (Of course, this has given Gen Y amazing opportunities to have lifestyles that baby boomers could only dream about—it is now quite popular to build businesses on the beaches of Bali!) It has become a fact that the quality of loyalty in a career is meaningless.

Another thing that has changed is our average life expectancy. When the aged pension was first floated in 1923, the life expectancy of individuals was only 67. Think about that for a moment; you got to “enjoy” working until 65 and then your government generously paid for your retirement until you passed away less than two years later. It wasn’t as difficult for the government to fund through taxes for those mere two years as it is now.

However, while life expectancies have increased over the last century, the aged pension age has not. This has posed a significant headache to governments who must figure out how to fund everyone’s retirement lifestyles. That was why superannuation was introduced in 1992, with the understanding that it was no longer the government’s responsibility to fully fund their citizen’s retirement. That burden was moved to the individual.

Despite having over $2 trillion in superannuation savings, the government still has to fund nearly $45 billion each year (equating to approximately 12.5 percent of every dollar you pay tax to) to supplement baby boomers’ retirements. Despite superannuation having been around for 25 years, nearly 90% of baby boomers have to rely on a part or full age pension to supplement their retirement.

Good reasons exist as to why so many people continue to receive a part age pension, such as the fact that they get significant benefits like a healthcare card. Furthermore, superannuation is a system designed to build your retirement over a period of 40 years.

I have no issue with baby boomers—or anyone for that matter—taking advantage of perks the government offers if they’re eligible to do so. But, I believe these programs should be treated with a sense of gratitude, not a sense of entitlement. An aged pension should not be construed as punishment for saving; it should be seen as a stop gap for those who have not had the same opportunities that you and I have had.

Ultimately, there is a lot of freedom in being a self-funded retiree and not having to worry about finances. You can travel more, upgrade your car more, and leave on the aircon for longer periods of time, for example. You will also not have to worry about funding medical expenses or Aged Care expenses when these needs inevitably arise. Most importantly, it means you can choose what sort of lifestyle you have in retirement rather than what the government says you can have.
If this is a topic that you would like to discuss in more detail, please go to www.MasterYourMoneyNow.com.au/getstarted to book in your complimentary 30 minute strategy session.